MOVING WITH THE TIMES

As a brand new home, this property is just waiting for someone to move in and make their mark. This four bedroom brick and tile home was constructed by Dunst Bros Builders.
It is shiny and new and has everything you would expect from a just-completed home.
Tamworth Real Estate principal Graeme Mills said the home was located in a new street area with more construction in the locale continuing.
Featuring four bedrooms and two bathrooms and an open plan living area, the home has been well planned to cater to the whole family's needs. The kitchen has a great island bench, walk-in pantry, gas stove top and a dishwasher.
There's a separate lounge or media room and the home has fully ducted reverse cycle air conditioning to all rooms.
The main bedroom has its own ensuite and walk-in robe, while the main bathroom features three way construction.
The other bedrooms have built-in wardrobes, so there's plenty of storage.
Outside the turf has just been laid, according to Graeme.
"The alfresco area at rear under main house roof has great views of the Peel Valley," he said.
The double garage has a remote controlled door and the yard is reasonably sized and securely fenced.
"The home has everything you would expect from a new build," Graeme said. "It's just waiting for someone to move in and add their own touches." 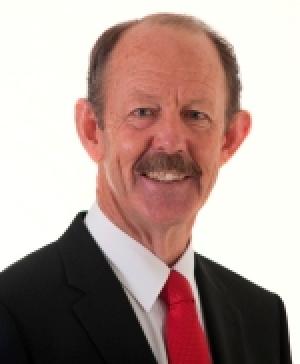 Email To A Friend

10/10 - Communication 10/10 - Quality Service 10/10 - Marketing our property We would not hesitate in recommending to anyone in need of the services of a good, thorough & reliable real estate agency such as Tamworth Real Estate. We sincerely thank them for their integrity, honesty and professionalism.

Communication 10/10 Service Quality 10/10 Marketing my home 10/10 At all stages of the sales process Graeme & his team were very professional. They were honest with us & at no time did we feel that we were being deceived as sadly can be the case. I have no hesitation in recommending Tamworth Real Estate to anyone requiring the services of a hardworking, honest & reliable agency.